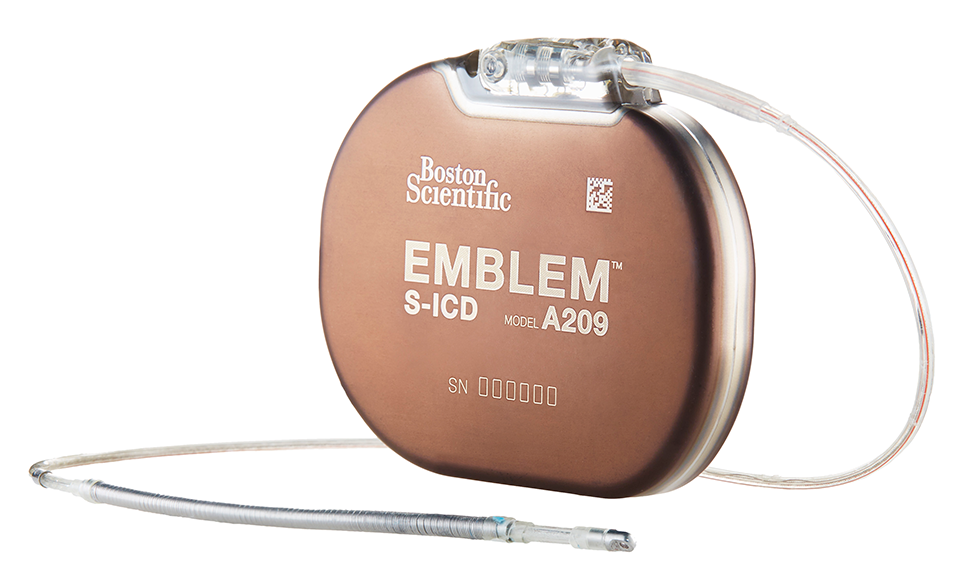 The EMBLEM S-ICD Systems are treatment options for patients at risk of sudden cardiac arrest (SCA) that leave the heart and vasculature untouched, reducing the risk of complications associated with transvenous implantable cardioverter-defibrillators (TV-ICDs). Initial market release of the new EMBLEM MRI S-ICD System has begun in a small number of European centers with a broad European launch scheduled for early this summer.

In Europe, the EMBLEM MRI S-ICD System joins the growing family of ImageReady™ MR-conditional devices, all of which are labeled safe for use in a magnetic resonance image setting when conditions of use are met. Patients receiving the EMBLEM MRI S-ICD System as well as patients who previously were implanted with an EMBLEM S-ICD System are now able to undergo full-body MR scans safely in 1.5 Tesla environments when conditions of use are met.

“These approvals give reassurance to physicians and their patients that they have access to any future MR scan needs, and underscores the Boston Scientific commitment to gain MR-conditional labeling on high-voltage devices that are being implanted today,” said Kenneth Stein, M.D., chief medical officer, Rhythm Management, Boston Scientific. “Further, the EMBLEM S-ICD System is a compelling treatment option for the majority of ICD-indicated patients that provides protection from cardiac arrest without invading the heart and blood vessels.”

The EMBLEM MRI S-ICD System also includes two new features, SMART Pass technology and Atrial Fibrillation (AF) Monitor™. The SMART Pass technology will help ensure patients receive therapy from the device only when necessary by enhancing the INSIGHT™ Algorithm, which identifies and classifies a heart rhythm for effective arrhythmia treatment. This novel feature will also be added to previously implanted EMBLEM S-ICD Systems through a software update. The AF Monitor feature of the EMBLEM MRI S-ICD System is a new detection tool designed to alert physicians after the identification of AF so they can make more informed treatment decisions for their patients.

For more information on the EMBLEM S-ICD Systems visit www.sicdsystem.com.

In the U.S., the EMBLEM MRI S-ICD System is not available for sale.

This website uses cookies to improve your experience while you navigate through the website. Out of these, the cookies that are categorized as necessary are stored on your browser as they are essential for the working of basic functionalities of the website. We also use third-party cookies that help us analyze and understand how you use this website. These cookies will be stored in your browser only with your consent. You also have the option to opt-out of these cookies. But opting out of some of these cookies may affect your browsing experience.
Necessary Always Enabled
Necessary cookies are absolutely essential for the website to function properly. This category only includes cookies that ensures basic functionalities and security features of the website. These cookies do not store any personal information.
Non-necessary
Any cookies that may not be particularly necessary for the website to function and is used specifically to collect user personal data via analytics, ads, other embedded contents are termed as non-necessary cookies. It is mandatory to procure user consent prior to running these cookies on your website.
SAVE & ACCEPT